Andy Merrifield, Professor of Geography at the University of Manchester, has written a glowing review of Eric Hazan's Paris Sous Tension, where he goes in great detail about Hazan's incisive analysis of modern-day Paris:

What’s happening in Paris, then, is a revealing microcosm of a larger macrocosm. Paris is a cell-form of a bigger urban tissuing that’s constituted by a mosaic of centers and peripheries scattered all over the globe, a patchwork quilt of socio-spatial and racial apartheid that goes for Paris as for Palestine, for London as for Rio, for Johannesburg as for New York. […] Nowadays, the poor global South exists in North-East Paris, or in Queens and Tower Hamlets. And the rich global North lives high above the streets of Mumbai, and flies home in helicopters to its penthouses in Jardins and Morumbi, Sao Paulo.

And, possibly, its future:

Like Occupy, Hazan’s notion of insurrection represents a hypothesis, a daring hunch that, for people who care about democracy, for people who know our economic and political system is kaput, change is likely to come from within, from within excluded and impoverished communities, through collective experimentation and struggle, through action and activism that overcomes its own limits, that experiments with itself and the world. 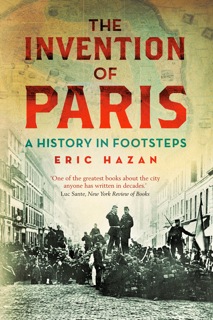