The definition of police helicopter

More than 2,000 police helicopters prowl the skies over US cities. If we consider the tactical helicopters operated by US police departments as a unit, it is larger than every military on earth except for the fleets maintained by the United States, China and Russia.

An excerpt from Police: A Field Guide by David Correia and Tyler Wall. Now available as a FREE ebook here.

According to the Bureau of Justice Statistics, more than 200 police departments in the US engage in aerial law enforcement through the use of helicopters and, to a lesser degree, fixed-wing aircraft. The Los Angeles Police Department’s air support division is the world’s largest municipal police aviation department, with nearly 100 officers and 19 helicopters, and operates out of the largest heliport in the United States. Combined with the 18 helicopters of the Los Angeles County Sheriff’s Department Aero Bureau, the skies above Los Angeles are never without police helicopters.

The pivotal moment for the police helicopter as a routine form of police urban patrol came in 1966 in Lakewood, California, a suburb of Los Angeles. “Project Sky Knight,” funded by the National Crime Commission, and conceived by Los Angeles County Sheriff Peter J. Pitchess, proposed the helicopter as a means of continuous, constant aerial patrol. Pitchess, who used helicopters first during the 1965 Watts riot, sought to extend the helicopter’s potential for permanent police patrol. A promotional video for Project Sky Knight described the helicopter as “bad news for bad guys,” while explaining that the experiment “takes its name of the knight of old, whose vow was to protect the weak, and pursue the wicked. But all too often the bad guys got away.”

Project Sky Knight was celebrated by the media, which called the helicopter the “Heavenly Prowl Car.” Today Airbus markets its helicopters as a “force multiplier” to police departments worldwide. Their sales materials describe its use: “In Europe, when crowds or demonstrations grow unruly, helicopters discreetly ferry crowd-control police into position so as to avoid provoking violence that might put ground personnel at risk.” More than 2,000 police helicopters prowl the skies over US cities. If we consider the tactical helicopters operated by US police departments as a unit, it is larger than every military on earth except for the fleets maintained by the United States, China and Russia.

Police helicopters are loud and visible and serve as a constant reminder of the ubiquity and reach of police power. That reach usually extends specifically to what police call “crime infested” neighborhoods. But air power obliterates any useful distinction between suspect and bystander, target and non-target. As one LA journalist wrote in 1992, “Hearing LAPD helicopters circle overhead is a nightly phenomenon over much of the Los Angeles basin, even in middle-class neighborhoods like my own . . . Their circular flight patterns have a way of making people feel as if they’re smack in the center of a crime drama.”

Police explain that this “nightly phenomenon” of police “in the air” supports the work of police “on the ground.” They use helicopters to quickly locate and track fleeing suspects, for example. But nearly all police departments claim aerial patrols serve first and foremost as a deterrent. According to the Institute for Police Studies, police helicopters “contribute to a significant deterrent effect.” The Chicago Police Department claims its helicopter operations “enhance the capabilities of first responders through the deterrence and prevention of crime.”

What does it mean for police to invoke deterrence as a way to explain the purpose of aerial policing? Deterrence has long been a guiding logic of police power, and patrol strategies specifically. The introduction of the police helicopter promised to revolutionize the police powers of deterrence through the nearly magical powers of total mobility and swift punishment. Police power is positioned as omnipresent, “all-seeing,” and able to stop crime before it happens.

Deterrence theory is also at the heart of military strategy and engagement. The theory of deterrence proposes confronting a threat with the permanent presence of intimidating and overwhelming power with the promise of punishment, swift and severe. This requires not just air power but air superiority. “Whoever controls the air,” according to a 1995 Air Force study, “generally controls the surface.” Air power is the permanent presence of coercion and intimidation. It “produces physical and psychological shock.”1 This is deterrence.

The constant sound of police helicopters hovering over South Central Los Angeles underscores nearly every scene of director John Singleton’s 1991 film Boyz n the Hood. The ominous sound of helicopters and sirens is the film’s soundtrack. And the helicopter’s thermal imagers and 1,000,000-watt searchlights turn night into day. Singleton depicts a South Central Los Angeles where police power occupies everyday life, peering into windows and drowning out conversations. The film’s costar, Ice Cube, called police helicopters “ghetto birds” on his 1993 album “Lethal Injection.” That same year hip-hop artist KRS-One, in his song “Sound of da Police,” sang “Woop-woop, that’s the sound of da police. Woop-woop, that’s the sound of da beast.” He repeats the word overseer over and over again in the song until it sounds like officer, connecting the history of slavery and the slave patrol to police. “The overseer rode around the plantation. The officer is off patrolling all the nation.”

Air power serves the same purpose whether in Kosovo, Iraq, or South Central Los Angeles, whether we’re talking about a military “no-fly” zone in Iraq after the first Gulf War or the “no-fly” zone above Ferguson, Missouri after the police killing of Michael Brown. It is the ever-present threat of punishment. Military bombs falling on Iraqi villages or police searchlights landing on Compton streets. A US military drone killing a dozen people in a wedding party in Yemen in 2014 or Philadelphia police dropping bombs from helicopters on Black MOVE activists in 1985, killing eleven people, including five children. “Woop-woop, that’s the sound of da police. Woop-woop, that’s the sound of da beast.” 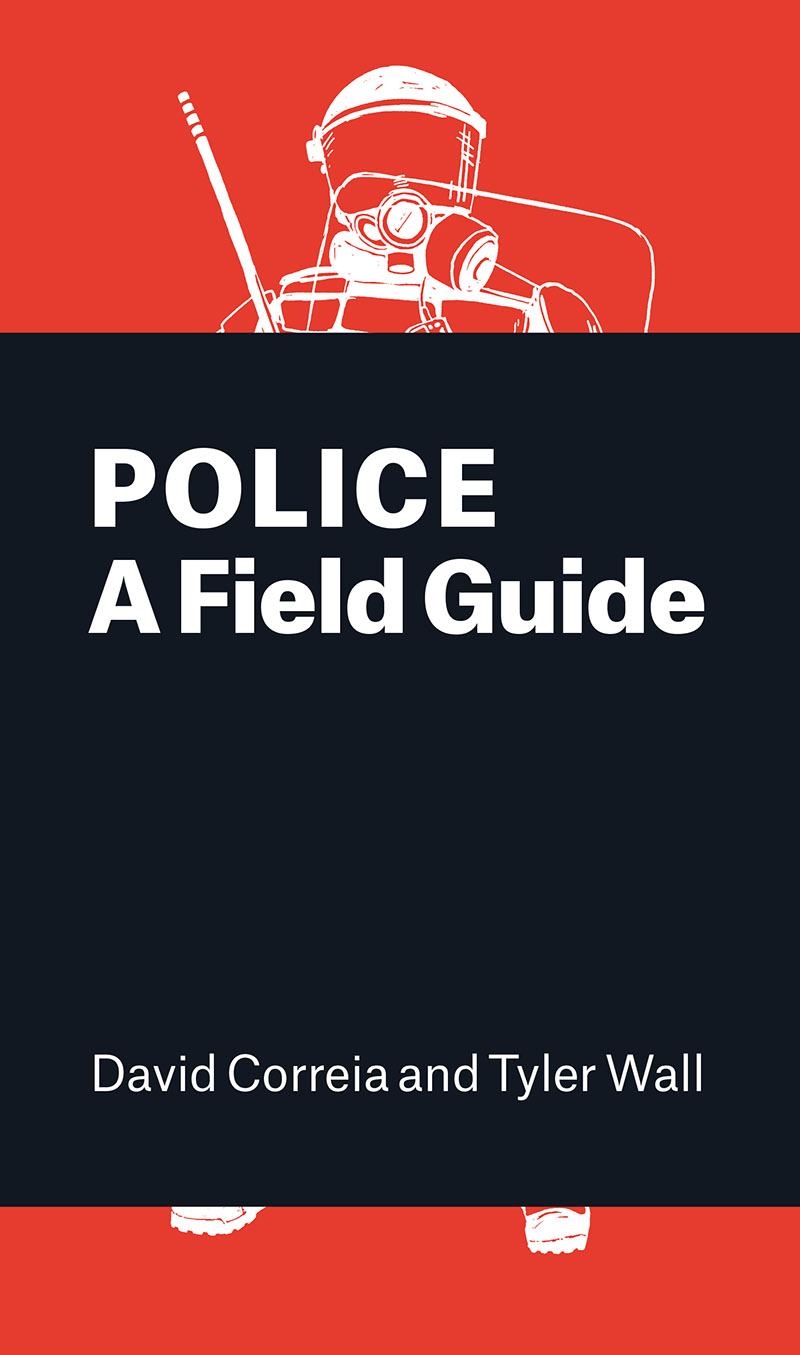