How to Blow Up a Pipeline: A letter from the Editor

"What is remarkable about Andreas’s writing, to me, is that in reading this book, it’s immediately clear that destruction, sabotage, and occupation are acts of love." – Jessie Kindig, editor

“Do you think it’s too extreme to call the book How to Blow Up a Pipeline?” Andreas asked me when we were editing the manuscript.

The book was originally called How to Defuse a Pipeline, but in the course of writing the book and readying it for publication—in a year when much of the western United States was choked in wildfire smoke and the zoonotic epidemic of Covid-19 had gripped all of us, everywhere, in a year when it’s predicted that Arctic ice melt will remap all of our coastlines in the coming decades—that title seemed too paltry a directive for what was at stake. And this book is a directive: for the climate movement to move beyond the politics of non-violence, beyond the slow and partial process of legislation, beyond just trying to enforce the Paris Agreement, and force fuel extraction to stop. It’s an argument to start blowing up oil pipelines, occupying coal mines, sabotaging SUVs.

What is remarkable about Andreas’s writing, to me, is that in reading this book, it’s immediately clear that destruction, sabotage, and occupation are acts of love. As he considers the moral and political arguments the climate movement levies against direct action and property destruction, in favor of passive moral witness, he argues that these are, ultimately, misguided—and that the particular politics of climate despair are wholly in bad faith. As activists from the deserts of Iraq to the tar sands of Canada to the plains of the Dakotas have shown, sabotage and destruction are powerful protections of community, life, ecology. This is a book that mixes desperate anger at capitalism and fossil fuel extraction with always evident care for what must be protected.

This is a way of saying that Andreas’s writing is always infused with a kind of hope, and that he shows us how militant action is, in fact, hope in its purest form. 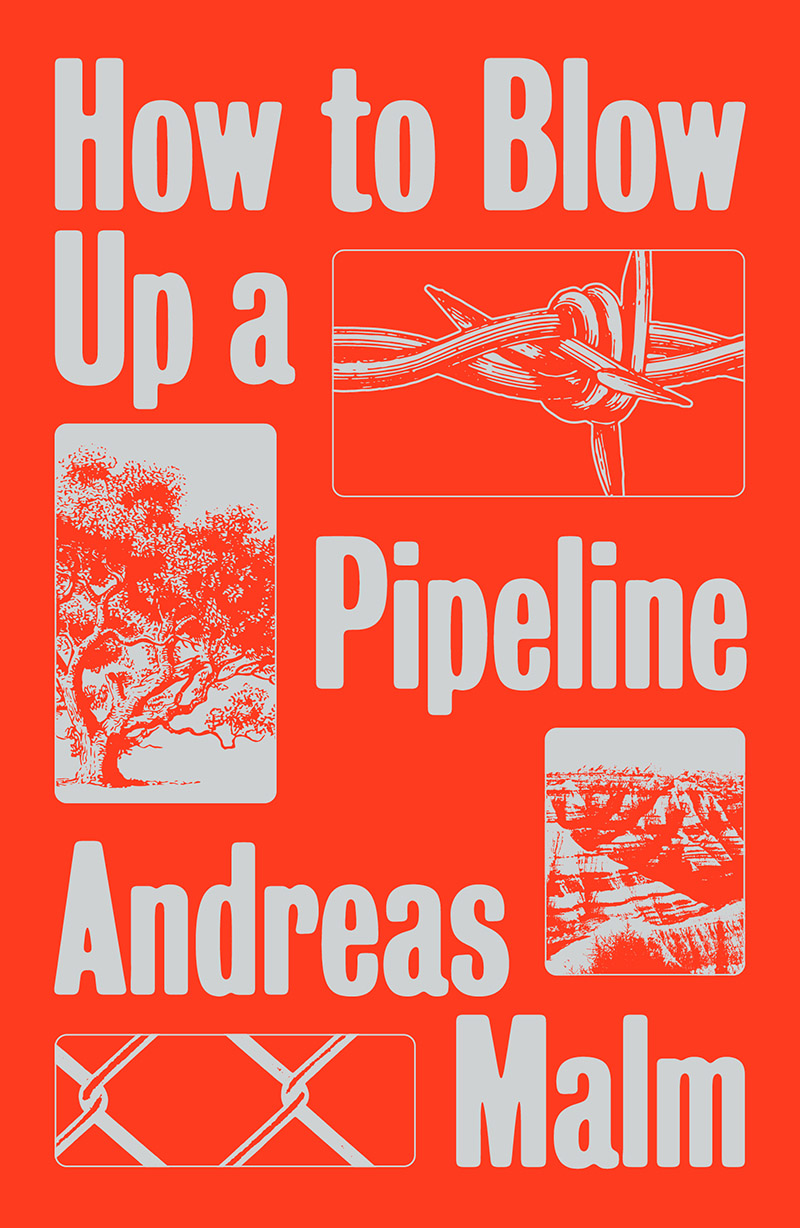 Available for pre-order. This item will be available on January 2021.