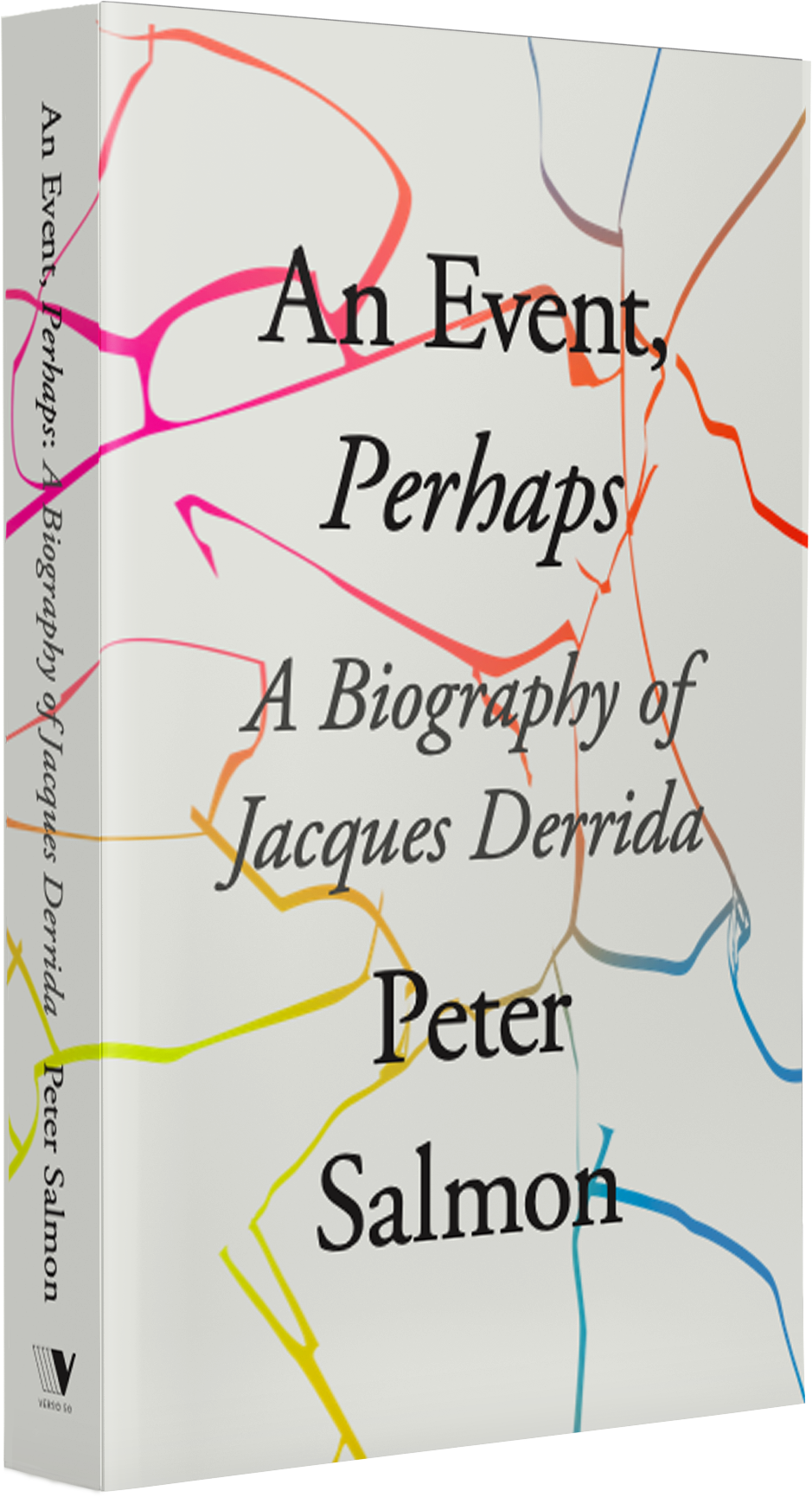 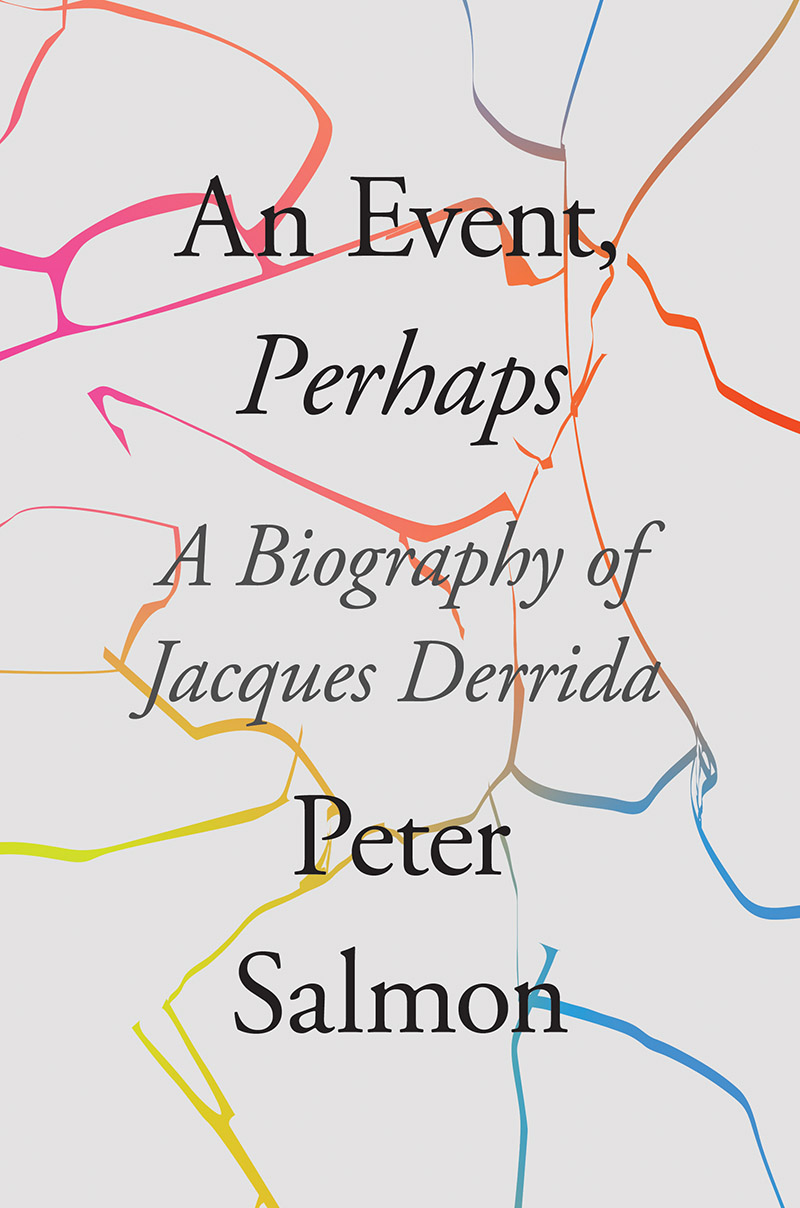 Who is Jacques Derrida? For some, he is the originator of a relativist philosophy responsible for the contemporary crisis of truth. For the far right, he is one of the architects of Cultural Marxism. To his academic critics, he reduced French philosophy to “little more than an object of ridicule.” For his fans, he is an intellectual rock star who ranged across literature, politics, and linguistics. In An Event, Perhaps, Peter Salmon presents this misunderstood and misappropriated figure as a deeply humane and urgent thinker for our times.

Born in Algiers, the young Jackie was always an outsider. Despite his best efforts, he found it difficult to establish himself among the Paris intellectual milieu of the 1960s. However, in 1967, he changed the whole course of philosophy: outlining the central concepts of deconstruction. Immediately, his reputation as a complex and confounding thinker was established. Feted by some, abhorred by others, Derrida had an exhaustive breadth of interests but, as Salmon shows, was moved by a profound desire to understand how we engage with each other. It is a theme explored through Derrida’s intimate relationships with writers sucheven as Althusser, Genet, Lacan, Foucault, Cixous, and Kristeva.

Accessible, provocative and beautifully written, An Event, Perhaps will introduce a new readership to the life and work of a philosopher whose influence over the way we think will continue long into the twenty-first century.

“This is a compulsively readable intellectual biography of Derrida that teases out his endlessly fascinating thought, even when it is at its knottiest, with admirable patience and lucidity. Salmon’s book, in vividly transmitting the intellectual excitement of Derrida’s times, reminds the reader that, especially in his thinking about ethics, he remains a philosopher who is urgently, politically relevant to our times too.”

“The life of Jacques Derrida has never been told as elegantly or engagingly as it is in Peter Salmon’s new book. Salmon realises, as nobody else has until now, how the life and the philosophy are dialectically braided but never makes the rookie mistake of letting the former entirely account for the latter. He relates rivetingly how an Arab Jewish philosopher from the colonised margins of imperial Europe, who had been thrown out of his Algierian lycée for being a Jew thanks to Nazi-collaborating Vichy regime laws, came to perform one of the most impressive takedowns in intellectual history, namely the deconstruction of the metaphysics of presence underpinning western thought. In delightfully readable, often laconic prose, Salmon helped me to understand Derrida as never before and demonstrated why he is not, as some detractors called him, the Devil but much more cherishable. A wonderful book.”

“A precise intellectual biography ... Salmon’s ability to render the man and the mind behind Derrida’s “notoriously difficult” style accessible make this volume a rich resource for both newcomers to, and fans of, “one of the great philosophers of this or any age."”

“Today, ‘postmodernism’ has become the go-to explanation across a range of political opinion for all sorts of contemporary ills. But what if the philosophers so often blamed for undermining standards of truth and objectivity were pointing out a problem, rather than causing it? Peter Salmon’s clear-sighted, engaging guide to Derrida’s life and ideas is an excellent way to learn about how one of the twentieth century’s most complex thinkers continues to influence our world.”

– Daniel Trilling, author of Lights in the Distance

“Brilliant … one of the clearest introductions to 20th-century continental philosophy available … [a] scintillating account of [Derrida’s] life and thought.”

“[Salmon] render[s] Derrida’s thought accessible … he shows how structuralism soon lost its purchase, as Derrida … laid waste to what he saw as its hollow metaphysical certainties.”

“Thrilling … [Salmon] could hardly have written a timelier reminder that Derrida’s ‘thinking is a crucial component of any future philosophy; that his thinking is immediately—always already—applicable to the world as we find it; and that this application has political heft.’”

“Written in clear and effective prose, Salmon’s biography provides a concise account of Derrida’s development from his student days in Algiers to international renown and revilement by looking at the problems that he was trying to solve.”

“An Event, Perhaps is certainly timely. It appears in an era when, not for the first time, varieties of critical thought are being accused of a contradictory array of culture-war crimes and political upheavals.”

“Excellent … The great merit of Salmon’s book is that it is clear sighted and readable.”